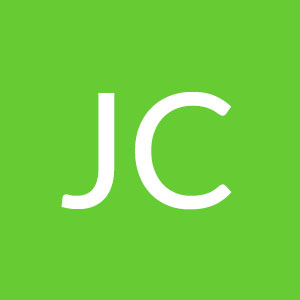 If you’ve done any streaming, one of the words you’ve probably heard time and again was “codec.” The term is much more than just video software jargon – using the right codec results in more inbound business by reaching the right decision makers with your stream.

The two most talked about codecs today are the High Efficiency Video Codec (HEVC) and AOMedia Video 1 (AV1) standards. Although they work similar to one another, they serve two different purposes. Which codec is right for your live stream? Should you encode video with the more expensive HEVC codec, or use the open source AV1 codec?

AV1 is an open-source codec developed by the Alliance for Open Media (AOM). The team created AV1 as an alternative to HEVC that would perform with similar benchmarks. To keep AV1 free, patents used in the technology are licensed to anyone so long as they grant reciprocity on their patents and they don’t sue over patent usage.

While it is a work in progress, AOM members are very interested in using AV1 as their primary streaming technology. At one point, Netflix announced they could be an “early adopter” of the open-source software. Other notable members of this alliance include Apple, Nvidia, Hulu, and Vimeo, and these big names suggest a popular interest in the rise of AV1.

Because the HEVC codec is developed by two of the streaming industry pioneers, it has earned awards and honors for advancing digital video. In 2017, HEVC earned a Primetime Emmy Engineering Award for outstanding achievement in television technology.

However, HEVC also comes with a high price tag for companies using this video standard. The license includes royalties on multiple patents used in the codec, which can cost up to $25 million every year.

When it comes to hardware using one standard over the other, HEVC currently has the edge over AV1. Most hardware and over-the-top devices support the HEVC codec for 4K broadcasting, including Blu-Ray players. A previously published AV1 timeline doesn’t anticipate hardware support until 2019.

If stream quality and audience adoption are core components of your brand’s content marketing strategy, HEVC is a better choice, even though it comes at a higher price. Unfortunately, AV1 will not be a major part of the 4K conversation until at least 2020.

Although it’s important to get your stream in front of your audience, it’s equally important to make it visible. Which codec delivers streams from camera to computer faster?

A Bitmovin study put the two codecs to the test – and the results were surprising. Across all stream qualities, AV1 outperformed HEVC in nearly 20 percent of the tests. The best results came in high definition streams between 1080p and 1440p. In both situations, AV1 was faster in around 32 percent of the tests.

If your audience will be watching your stream primarily on their computers, and you want the fastest stream, then AV1 is the codec of choice. Though HEVC has a wider audience adoption, AV1 shows potential for better performance in the future.

A live stream is only effective if your audience can see your video in real time. Both the HEVC and AV1 codecs balance speed and availability, but which delivers with the highest quality?

Elecard ran a head-to-head study on which one provided the most reliable stream. Across all benchmarks, HEVC only outperformed AV1 in one test. In every other situation, AV1 and HEVC were neck-in-neck with stream quality. In both situations, the stream quality improved based on internet speeds and bandwidth.

HEVC vs. AV1: Is There a Clear Winner?

Unfortunately, the codec wars appear to be far from over. For your decision-making, if you’re trying to reach the widest audience possible with ultra-high definition video, the HVEC standard is your best bet. While licensing is more expensive, companies including the BBC, Dolby, JVC Kenwood and Warner Brothers subscribe to the HVEC license, giving it an immediate standard.

But if balancing costs and reliability are your biggest concerns, then using the AV1 codec is a good option. With companies like Apple and Netflix on board with AV1, you can stream content and still reach your audience without the license overhead.

Both HEVC and AV1 have very real advantages and disadvantages based on performance and target audience. For now, the one you choose depends on your live stream requirements and audience needs!