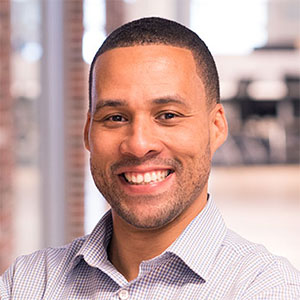 What happens when you get a bunch of video marketing gurus in the same room? Social Media Marketing World, of course! Switchboard Live ran into some live streaming legends at #SMMW18 earlier this month, and we just HAD to pick their brains about what they’re up to these days, the state of live video content, and how they’re using Switchboard Cloud to fuel their digital marketing strategy. Presenting our brand-new series: Switchboard Spotlight!

Our first victim was none other than Todd Bergin, better known to his thousands of followers as Todd.LIVE. Todd is the live video pro behind the Entrepreneur Live Video and ‘Grammer School podcast, as well as Slam Dunk Studio. He’s also a longtime Switchboard Live user, relying on our all-in-one live streaming platform to broadcast across multiple channels with a single input.

We sat down with Todd to get to know him and his product better, what his top tips for live streamers are for handling a broadcast gone wrong, his thoughts on the future of Snapchat and content marketing, and so much more! Here’s what we learned.

Why Do You Multicast?

Multicasting is the future of digital marketing, and brands are slowly beginning to realize that they need to be everywhere if they want to effectively reach and engage with their audience. Todd was inspired to join the multicast revolution by serial entrepreneur and CEO of VaynerMedia, Gary Vaynerchuk.

“I had the flu one day (well, one week) and I just happened to be laying in bed while Gary Vaynerchuk was promoting one of his books,” says Todd. “He did what he calls Super 8 and he was going live on eight platforms for eight hours to promote his book and drive up the sales … I was mesmerized by the fact he was on Facebook and Spreecast and YouTube and Meerkat — everywhere — he was everywhere!”

It was the Super 8 campaign that made Todd realize that he wanted to be able to be everywhere. Even if he didn’t always go everywhere, Todd was determined to learn how to do it, have the equipment to make it happen, and make as professional of a production it could be.

“Live video and podcasting, in my option, there’s no better way to connect with people. Period. As time goes by, live is just going to be more and more important.”

What Makes a Live Stream Engaging?

For Todd, the key components of an engaging live stream are straightforward:

What Made Your Live Stream With Owen Video & Nick Nimmin so Memorable?

Todd went live with video marketing experts Owen Video and Nick Nimmin on The Business of Video podcast in January to answer the question “is video podcasting right for your business?”

“[Owen and Nick] have their act together — both bring something different to the table,” says Todd. “Their show moves at a rapid pace, and it’s a well-oiled machine. It was a great honor to be a guest … Being on their show has impacted me probably more than anything else I’ve done live as far as what I’d like to do with live streaming.”

What Should You Do if Something Goes Wrong During a Live Stream?

Live streamers are people, and people make mistakes. Your audience, Todd insists, understands this and so should you.

“Things happen, and you just have to roll with it,” says Todd, noting that he often has issues with a leaf blower going off outside while he’s live, and he just has to trust his audience to forgive him for not being Spike Lee.

Why Should You Use Switchboard Live?

While there are plenty of myths about live streaming, there’s also plenty of challenges in the world of multicasting. Todd himself calls it an artform. He finds Switchboard Live to be especially helpful in the post-production process.

“As a broadcaster and creative content creator, I’m always trying to find ways to eliminate steps and eliminate friction in getting my work in various places,” says Todd. “[With Switchboard Live] it’s going to both [Facebook and YouTube] in HD, in real time, with comments, and both platforms are going to like that I’m sending it there directly in live. I don’t know how that’ll play out over the years, but I think there’s nothing but good, so that’s why I’m really happy to have a tool like Switchboard Live.”

And that’s all the time we have this week, folks! Make sure to check out Todd’s podcasts and sign up for a FREE TRIAL of Switchboard Cloud. We’ll be back soon to share another interview with movers and shakers from the live streaming industry in the next installment of our new Switchboard Spotlight series!