About Aaron Sanchez
Aaron M. Sanchez currently hosts “The Morning Show” weekdays at 8am on ABC News Radio KMET 1490AM, and is also the Executive Producer and Co-Host of “The Hollywood Social Lounge” heard Saturdays at 10am. As an early adopter of live stream platforms, Sanchez is among the earliest cross platform broadcasting pioneers utilizing simultaneous streaming to television, radio, and additional online streaming networks.
The Challenge

Originally, Aaron’s radio station was using Livestream for their live streaming initiatives, but he knew the importance of being able to multi-stream to Facebook, YouTube, and Periscope. His friends were using platforms and devices that would split and send their video feed to multiple channels, putting their live content on several social sites at the same time. However, this is costly equipment and software, charging by the minute or by amount of bandwidth.

Since Aaron produces all of his content, and is on a limited budget, it was important that he find a more reasonable solution for his live video needs. After discovering Switchboard Live and speaking with a representative, he was eager to start streaming his radio show to numerous online resources and platforms.

Stream 6 days a week: 1 hour of programming to Facebook Live and Periscope.

Use Facebook Ads to promote the video to a targeted audience for additional views and engagement.

Send a signal to a custom RTMP feed to stream to KVVBTV33, a local Digital Television station. 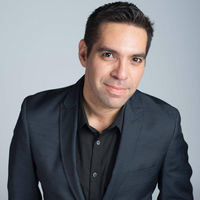 Switchboard Live is a simple cost effective addition to any content creator who wants to stream their LIVE feed to multiple online channels.