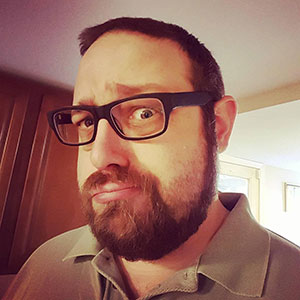 As live video streaming provides viewers more and more unique content, we keep seeing the industry set new records, and then break them in a short time frame.

You may look at that 1.7 million number and think, “Record? I’ve seen videos with more views than that.” The key in this statistic is that it’s regarding concurrent viewers. That means it’s the number of people watching the stream at the same time - it’s the number that fluctuates while you watch a live video.

Don’t confuse concurrent views with total views; total views are the number of times the video has been viewed at any given time. This number will include all those who watched the video live, as well as any time the video was watched after it was broadcast.

While Twitch’s number of concurrent viewers broke records at 1.7 million, the E3 event’s coverage on Twitch got over 97 million total views. And other platforms are seeing new records, as well. In March 2018, the video game Fortnite broke YouTube’s own concurrent viewers record, with 1.1 million people watching a live stream that was just over three hours long.

An interesting part of the craze around the E3 event on Twitch came from co-streamers. Co-streaming has been around for a while, but it’s growing rapidly today because it allows users to rebroadcast a live event and give their commentary over the top.

If what you’re picturing is something like Mystery Science Theater 3000 you’re on the right track. Although, co-streaming goes far beyond humorous commentary. During E3, for example, co-streaming allowed the broadcast to be translated by people into over 20 different languages. It’s these translations that are believed to have helped boost viewership by 100-200 percent in a number of non-English speaking countries around the globe.

To get an idea of how big co-streaming is becoming, it accounted for 56 percent of all E3 views on Twitch. That means the majority of viewers were watching some content creator’s co-stream rather than the live feed that was put out by the event. Over 5 times as many people co-streamed this year’s E3 as compared to last year.

The one downside to co-streaming is that it’s not available on all platforms just yet. And as much as you might want to co-stream the Oscars or the Super Bowl, it’s not quite an option today. However, given how co-streaming has proven to boost viewership, don’t be surprised if it becomes more and more available.

In theory, an individual content creator can invite others, or the public, to co-stream their video. Although there is no formal infrastructure for the platforms in this scenario, with the standard live streaming software someone could pull up your stream and then stream it with their own commentary without too much trouble.

Another option to consider is multistreaming. Multi-streaming is very similar to co-streaming except you are broadcasting multiple copies of your video to different platforms rather than having others do that for you. To do this, you just need an easy-to-use service like Switchboard Live. With this service you can simultaneously send and publish your video to multiple Facebook pages, YouTube, Twitch, Periscope, or other locations and retain full control.

While traditional TV may be going the way of the dinosaurs, it seems people are still very interested in watching things as they happen. With the record at such an incredible 1.7 million concurrent viewers today, who knows how high those numbers will go for live streaming.