These 4 Unconventional Live Stream Categories Are Transforming the Medium 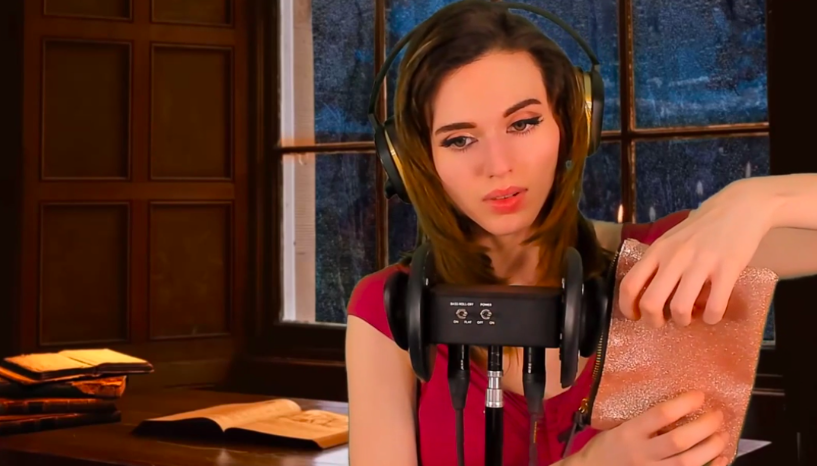 Live streaming is great for video gamers, sports fanatics or going behind-the-scenes at events like fashion shows or concerts. But you knew that already.

As live streaming’s reach continues to grow, it’s use cases grow as well. Some of these unconventional uses cases help promote businesses. Others provide pure entertainment value. Although they may seem out-of-the-box, they’re capturing the attention of large audiences around the world and changing the medium one live stream at a time.

Here are four of our favorite unconventional live stream use cases: 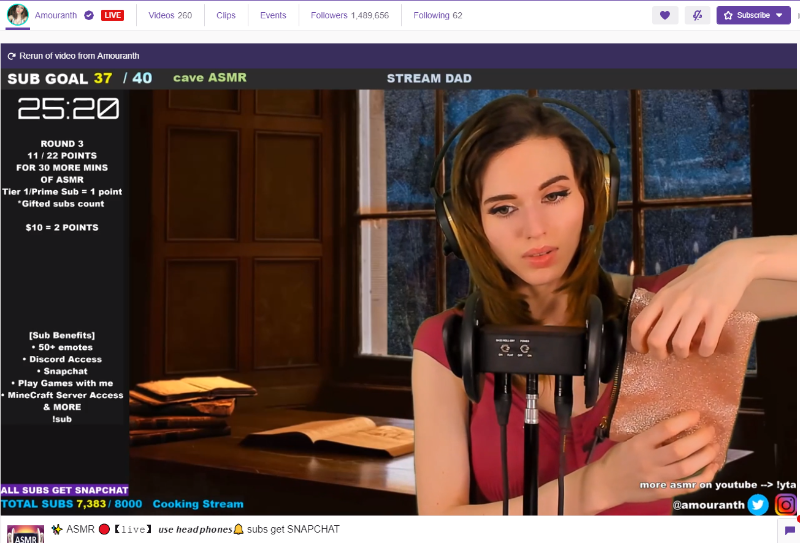 Trying to relax? Try ASMR or Autonomous Sensory Meridian Response. Here’s how it works: Somebody produces soothing, relaxing sounds and stimuli — usually through a specialized microphone — and those sounds help the listener relax or fall asleep. “Think of the goosebumps you might get when someone whispers into your ear. That’s ASMR,” an article in Mother.ly explained.

To create these triggers, streamers do a wide variety of things like tapping on the microphone, scratching textured material, or crinkling paper. Other times the streamer will whisper or blow into the microphone.

Viewers are encouraged to wear headphones to get the best experience because streamers will alternate sounds from the left to the right, creating a surrounding effect. Professional ASMR streamers may even use a special microphone called a Binaural which features dedicated left and right channels to help them create powerful sensations that go directly in each ear.

While that all sounds really complicated, in reality, it’s people making calm noises that viewers consume typically to relax. Some parents are even using ASMR to help their children fall asleep.

It may seem unconventional, but the number of people watching ASMR live streams is rapidly climbing. ASMR videos have seen an over 100% year over year growth rate and there are no signs of it slowing down. 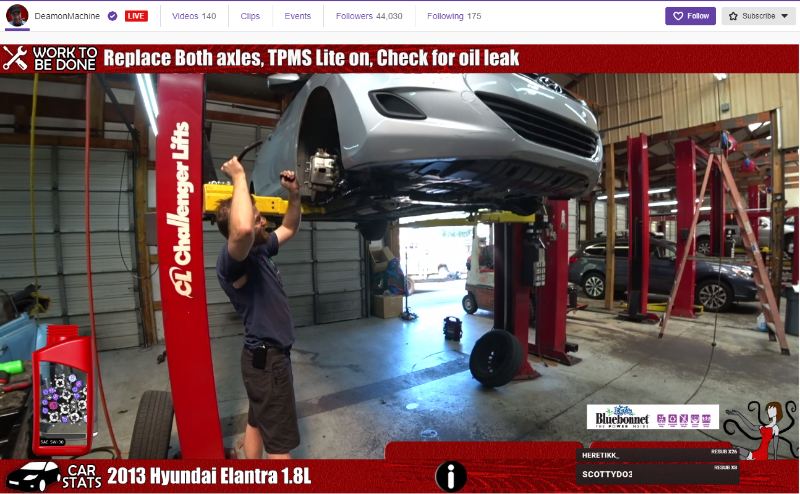 A great way to show off your business? Live streams people working. Just set up a camera and give viewers a behind-the-scenes look at what you’re doing. It’s a great way to generate buzz and display your expertise without being too braggy about it.

Content creators can take this to the next level by explaining what actions the experts are taking in the live stream and even provide some “how-to” style tips along the way. A great example of this is the Twitch channel, DeamonMachine the home of an auto mechanic who streams his work at the shop to educate and entertaining people who are interested in working on cars.

The flexibility and portability of live streaming make this type of content possible for businesses that don’t work in just one fixed location as well. Take for example UberEats driver, OkDudeTV who live streams from his car as he zooms around town making deliveries. The ease of putting your computer screen into a live streaming video makes modern technical makes it easy for OkDude to stream on the go. 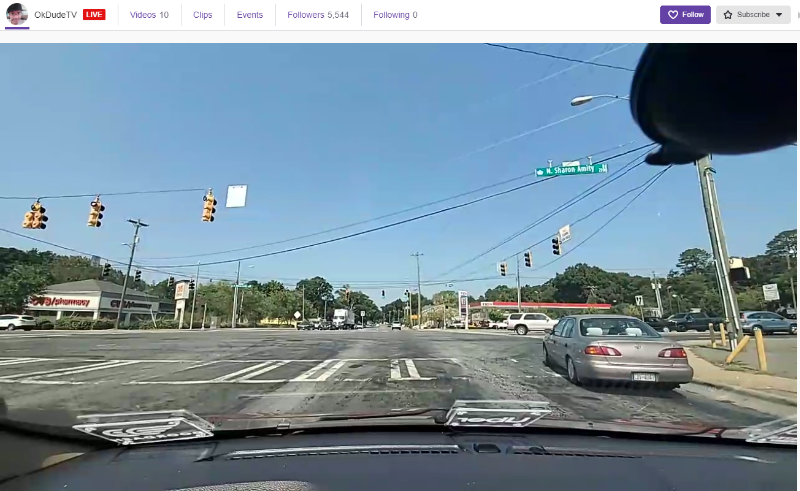 For the thousands of people interested in the complexities of computer programming, there are entire communities of programming professionals who live stream their programming work as it happens.

Whatever you’re into, there’s probably a live streaming expert ready to teach you new things. 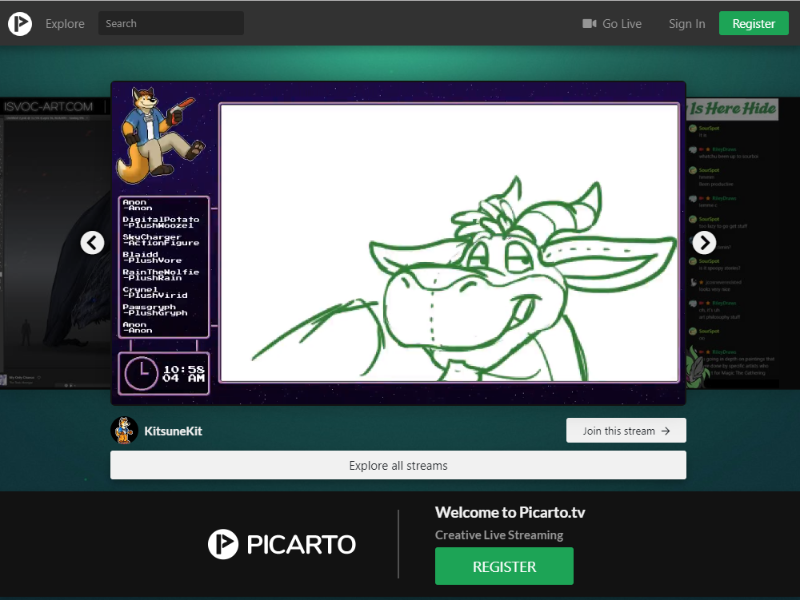 Have you ever stopped on a city street to watch an artist paint or perform a song? This long-standing type of creative entertainment has also found a welcoming home on live streaming platforms. If you need proof, realize Bob Ross’s painting tutorials have their own Twitch channel with over 1.3 million followers and a similar YouTube channel has 3.2 million subscribers.

Countless musicians and artists have nurtured large followings by not only showing off their finished work but by live-streaming the entire process of creating it. This has become such a popular sub-set of live video streaming that it’s spawned its own platforms. Picarto, for example, is one such live video streaming platform that is totally dedicated to artists and illustrators streaming their work.

If your company is one that handmakes or designs products, why not allow people to watch that magic happen? Live video streaming brings that opportunity and allows you to take what you already do and use it to grow your brand and ultimately sell more products. 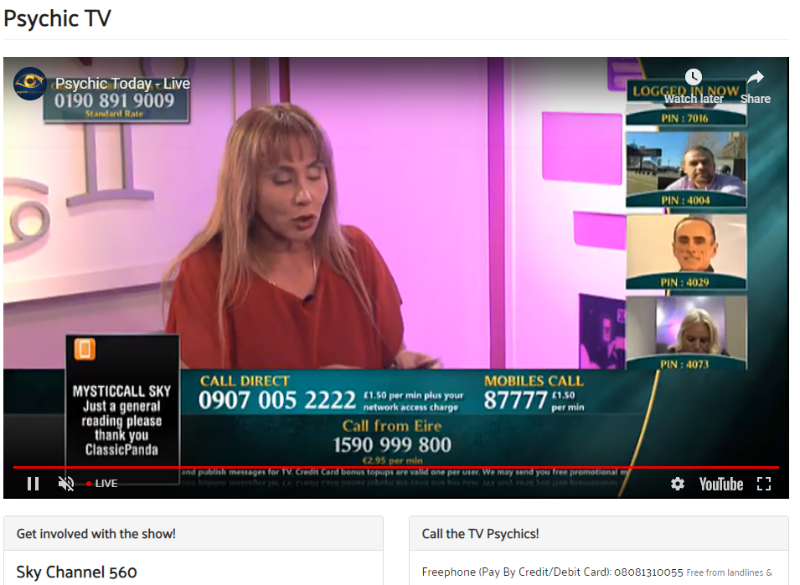 Psychic TV is a UK based television network that live streams their content around the globe Screenshot by: Matt Masur

When psychics and other entertainers use multi-streaming tools like Switchboard Live they can get the largest possible audience by streaming to several popular platforms simultaneously. They’ll cast a wider net that should lead to more readings and a larger audience of viewers.

Ready to Think Outside the Box?

These are just a few examples of some of the unique ways people use live streaming video to attract large audiences. Hopefully, they’ll inspire you or give you some new ideas on how to take your live video streams to the next level.

For more ideas and inspiration, spend some time on the various video platforms and just browse the videos streaming live at that moment. Take special note of the number of live viewers on the videos. If you do, you’ll discover types of videos you never imagine being watched by hundreds if not thousands of people right along with you. Or just pop on an ASMR stream and take a nap.