The Not-So-Ancient History of Live Streaming 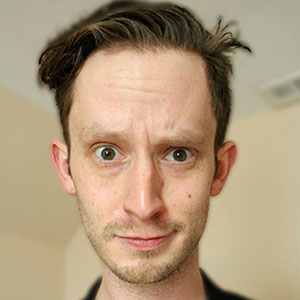 Since time immemorial, man has looked to the stars and dreamt of a day when he might be able to say ‘’Sup, YouTube subscribers? One love!” to three or four thousand people at once without leaving his gaming chair. The one with the speakers built into the sides, not the one that man’s big brother left at the house when he went to college. Since time immemorial, man hasn’t really liked that chair.

Live streaming has a long and storied history, with origins that you could technically trace back to muzak in the 1910’s. That part isn’t crazy interesting, and its end result is muzak.

_Disclaimer: I’m just mentioning it to avoid the inevitable zeitgeist of WELL ACTUALLYs that follows every time someone forgets a detail in a blog post. Suffice to say, the best the medium could do for the better part of a century was play Casio covers of Duran Duran in podiatrist offices across the world. _

Live internet video was where stuff started to get good, and its development has been a decent bellwether for the progression of the internet itself.

Take, for example, the internet’s first live video stream in history: A performance on June 24, 1993 by garage band Severe Tire Damage. Try to imagine being the first band that thought “how cool would it be to play live for the internet?”

Those were the members of the unfortunately acronymed STD. They were “computer technologists” working for big tech companies in the days before hoverboards and interoffice Nerf fights. They were pioneers of the digital frontier. They were, to put it bluntly, nerds.

The maiden voyage of live streaming was about what you’d expect as well. The frame rate was so low that it looked like a lenticular Lisa Frank ruler. The image resolution left viewers with a picture about the size of your big toe. How punk is that?

It was broadcast using a system called Mbone, which was designed to decrease the amount of bandwidth required to transmit video and audio. Even with that in their corner, streaming the footage took about half of the available bandwidth of the entire internet at the time.

Live on Stage, at the Ballpark, to Infinity & Beyond…

From humble beginnings came remarkable progress, both for internet video and Severe Tire Damage, who kind of pirate-radioed their way into opening for the Rolling Stones the next year. A few more baby steps were made over the next few years. A baseball game was live streamed for the first time in 1995, and in 1999, President Bill Clinton was the first president to take part in a webcast.

Clinton, whose administration had been the first to launch a website for the White House, delivered a few choice words in his webcast:

“Citizens now are using Government websites to file their taxes, compare their Medicare options, apply for student loans, and find good jobs. They’re tapping into the latest health research and browsing vast collections in the Library of Congress and following along with NASA’s missions in outer space. This is just the beginning.”

In 2005, YouTube was born, and with it came two advances spoken of in prophecy: strides forward in internet video capabilities, and, tangentially, this video of your friendly neighborhood Pizza Man. The point is, the world became a better place.

As streaming services like YouTube and Netflix became more popular, the need for greater bandwith became apparent, and with great bandwidth came greater capabilities. Or maybe I’m conflating that with something I heard from Pizza Parker.

Soon, YouTube started to play around with live internet video broadcasts. Its first large-scale move on the live streaming stage was an event presciently titled “YouTube Live”, starring pretty much everyone on the internet. Soon followed a concert by U2, back in the days when you could still choose whether or not U2 was on your devices.

In 2010, YouTube streamed a live conversation with President Barack Obama. For the second time in as many decades, a presidential address was the harbinger of further internet shenanigans.

Periscope’s capabilities were so obviously marketable that the app was bought by Twitter before it had even launched, for roughly a metric station wagon full of money. The cat was out of the bag by early the next year, when Facebook Live made live streaming as ubiquitous as Facebook itself.

What’s coming next? With any luck, more of this.